Will Carr - Deputy Director of the Festival’s official Hub, the International Anthony Burgess Foundation - continues our series in which we look at some of the themes at Manchester Literature Festival 2011.

The International Anthony Burgess Foundation is delighted to be the Festival Hub for the 2011 Manchester Literature Festival. Anthony Burgess (1917-1993) was a novelist, poet, playwright, composer, linguist, translator and critic. He is best known for his novel A Clockwork Orange, but altogether he wrote 33 novels, 25 works of non-fiction, two volumes of autobiography, three symphonies, more than 200 other musical works, reams of journalism and much more. He was born in Manchester, grew up in Harpurhey and Moss Side, went to school in Rusholme, and studied at Manchester University: he is one of the greatest literary exports of the city and is still widely read all over the world.

We’ve arranged three events in partnership with the Festival this year, all of which have a Burgess connection. On 15 October at 11am the guide Ed Glinert will lead an Anthony Burgess Tour of Manchester, which will take in the sites most important to Burgess and give an insight into the context that shaped his writing and music. This will conclude at 2pm at the Burgess Foundation, where Dr Andrew Biswell – who wrote the biography The Real Life Of Anthony Burgess – will give a talk on Burgess and the city of his birth.

At 6.30pm on 15 October, the influential novelist, architecture critic, food writer, modernist and commentator Jonathan Meades will give a talk. Meades will speak about his exchanges with Burgess, whom he interviewed and corresponded with, and also introduce his forthcoming memoir, An Encyclopedia Of Myself. 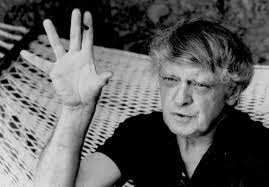 On 22 October (6pm), there will be a Celebration of BS Johnson, the great lost experimental novelist and film-maker of the 1960s. Burgess and Johnson knew each other and exchanged letters and manuscripts: we have recently discovered in our archives a corrected proof of Johnson’s text Christie Malry’s Own Double Entry, which is a unique piece of the jigsaw of Johnson’s life. Journalist and comedy writer David Quantick, a champion of Johnson’s work, will introduce two short films, You’re Human Like The Rest Of Them and The Unfortunates; and there will be readings and discussion of Johnson’s extraordinary prose.

The International Anthony Burgess Foundation is hosting events every night and we hope to welcome everyone in town for the Festival to our venue on Cambridge Street, just off Oxford Road. The Burgess Foundation café will be open from 9am every day of the Festival, until the final event finishes, and if you’d like to look round our library and find out more about what we do please email Paula Price on info@anthonyburgess.org to make an appointment. More details about the Foundation and its work are online at www.anthonyburgess.org.

For full details of all events at MLF 2011 and how to book, visit the website at www.manchesterliteraturefestival.co.uk
Posted by MLF Blog at 3:01 PM