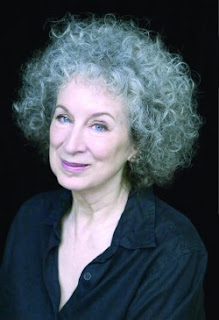 The Booker-winning, Canadian author will be appearing at a unique literary performance with music to launch her new novel The Year of the Flood. Set in the same dystopian world as her previous novel Oryx and Crake, it tells the story of God’s Gardeners – a religion devoted to the preservation of all species. The Gardeners have long predicted the Waterless Flood, which arrives in the form of a global pandemic obliterating most of human life. The survivors are left to battle over an existence amongst themselves and the other gene-spliced life forms now running amok – will the human race make it, and more to the point, should it?

Watch this space for confirmation of other celebrities taking part in this very special event, which is part of a UK tour to support the work of the RSPB & BirdLife International and to raise awareness of species decline.

The event takes place at Manchester Cathedral on Tuesday 1st September, 7.30pm. Tickets priced £8 / £6 concessions are now on sale and can be booked on 0870 428 0785 or online. This is bound to be a very popular event so book now to avoid disappointment.
Posted by MLF Blog at 2:55 PM No comments: