A Tale of Two Dickens 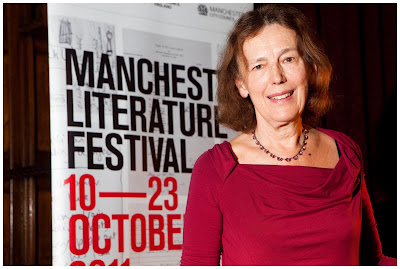 Is there a more apt setting for Claire Tomalin’s talk on the subject of her incredible new biography, Charles Dickens, than the Victorian, neo-gothic magnificence of Manchester Town Hall?

Dickens, of course, is often seen as a peculiarly London writer, charting the travails of the capital’s poor and downtrodden. But this is the man whose Hard Times - memorably adapted by Library Theatre Company in an Ancoats mill earlier this year - was based on his travels to the choking towns of the industrial north. Dickens also shared Manchester writer Elizabeth Gaskell’s interest in helping the vulnerable - “the raising up of those who were down” - and would perhaps have liked to share rather more with her if Tomalin’s reading of his flirtatious letters is to be believed. And, predating Bob Dylan by over a century, Dickens’ public appearances were so popular he sold out a brand-spanking new Free Trade Hall more than once.

“It’s really sad to think he never had the pleasure of seeing this building,” says Tomalin - Dickens died in 1870 and the Town Hall was completed in 1877. It’s not the only sadness Tomalin has for Dickens: she remains appalled by the way he treated his wife and, subsequently, how his life descended into a web of lies to protect his reputation. “He ended up living one of his novels,” she smiles.

That’s the beauty of this evening - and all of Tomalin’s books. Though she admits that the art of biography is to try to get close to someone - the by-product being that she “ends up loving them” - Tomalin isn’t afraid to point out Dickens' failings. She thinks that the way he wrote - in serial form for newspapers and magazines - affected the quality of the work. He didn’t write female characters particularly well, and she considers the first third of A Tale Of Two Cities to be essentially unreadable.

It’s incredibly refreshing to hear; so often the classic writers are lionised to the point where they are impeachable: walking away from Hard Times in Ancoats , it seemed almost sacrilegious to suggest that perhaps the story was just a little sentimental and ham-fistedly moralistic.

Which is not, of course, to suggest that Tomalin is here to give Dickens a kicking. “There’s a lot that’s not very good in the books, but they remain great,” she says, suggesting he’s perhaps the greatest creator of character since Shakespeare. Just a roll call of his famous creations - Mr Pickwick, Miss Havisham, the Artful Dodger, Oliver Twist and so on - is testament to that.

But perhaps his greatest creation was himself. When Tomalin describes a dandy who liked dressing well, holding wild parties and celebrations, turning down dinner with the President Of The United States in the White House just because he could, it’s a world away from his tough upbringing working in a London blacking factory and his manic work ethic. He had amassed a fortune and legions of fans, but never forgot his interest in, and the importance of, society’s rejects.

“It was like trying to write five biographies at once,” jokes Tomalin. The thing is, she makes such a tough balancing act look easy.

Ben East is an arts and culture journalist based in Manchester. You can follow him on Twitter @beneast74 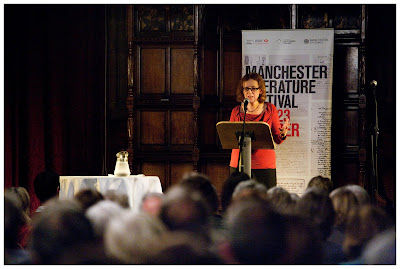 We find ourselves ensconced in the Banqueting Room of Manchester Town Hall, "a lovely room" our host for the evening Claire Tomalin tells us, in a building that Charles Dickens, the subject of her latest magnificent biography, would unfortunately not have been alive to see the construction of. Claire tells us she is glad to be in Manchester as Manchester was a city that Dickens visited many times. In the pages of Charles Dickens – A Life, we learn that Manchester played a fateful role in the latter stages of his life for it was here (in the Free Trade Hall) that he performed in Wilkie Collins’ play, The Frozen Deep, appearing on a stage alongside Nelly Ternan and her sisters; Nelly Ternan, of course, Dickens' mistress in the last years of his life and the subject of Tomalin’s other masterful Dickens’ biography, The Invisible Woman.

The Banqueting Room is filled to the rafters with an adoring crowd who sit, seemingly on the edge of their seats, listening to Claire quietly anecdotalise, drawing on stories from her research and her subject’s life as if she was the most entertaining dinner guest Downton Abbey had ever seen. As she begins, the city in the shape of a beer festival and a karaoke clown belting out the hits of Al Green looks like it will be a distraction, but it isn’t long before Claire’s authoritative erudition charms us and blocks our ears to anything else. She takes us through Dickens’ life, from his early years (a relation flees the country dogged by scandal, the young Dickens couldn’t help but be made aware of the darkness of family secrets), not really touching on his strange neglect at the hands of his parents but mentioning his humiliating time in the blacking factory as an aside, before touching on everything from his habit – albeit a habit of necessity – of writing novels side by side (The Pickwick Papers was written at the same time as Oliver Twist; when Pickwick was done he launched into Nicholas Nickleby) to his love of France (Dickens wrote parts of Little Dorrit, Dombey And Son and A Tale Of Two Cities in Paris, learned the language well enough to write it and watch French plays in the theatre, and befriended many of the great French writers of the day).

We learn of Dickens’ habit of playing publishers off one against the other, his fame being such ("He was like a rocket," Claire tells us, "but a rocket that never stopped") that his ability to sell books rapidly outgrossed whatever deal he had in place with his publishers such that, in the early years at least, he made more money for them than he made for himself; how it was Dombey And Son that gave him the financial stability he’d searched for all of his life; and, perhaps perversely, how that financial stability seemed to give birth to a new restlessness that saw him splitting from wife and fashioning defences for himself because it was important he was always right (this need, in light of the split, saw him behaving "wickedly", Claire quotes his daughter as saying, and it’s hard to disagree). There is also time for a rapid assessment of some of the novels – "I do think it’s the job of a biographer, particularly the biographer of novelists, to try and assess the works too," Claire explains – and we learn that the first 14 chapters of David Copperfield are regarded by Claire as among the very best literature we have ever produced, although Great Expectations is her particular favourite.

The evening ends with questions. Your humble reviewer asks Claire about her own feelings regarding Dickens – and she tells us she has grown fonder of him as she worked on the book, seemingly in opposition to Peter Ackroyd, whose own biography of Dickens seems to chart a falling-out with his subject. A gentleman on the front row wonders whether the necessity to deliver monthly instalments of novels creates problems, making the novels longer and baggier than they should be and this leads to a brief discussion of Barnaby Rudge – although even here Claire has good things to say (Barnaby Rudge has a handicapped hero which, taken alongside Our Mutual Friend’s Jenny Wren, puts Dickens in a singularly unique place as a writer). "We know that David Copperfield was Dickens’ own favourite child," a member of the audience asks, "but what is your own favourite child?" Claire was asked. "Mary Wollstonecraft is my oldest child," she tells us before going on to explain that she felt she’d learned how to do what it is she does in that book and so holds it in high regard, before going on to talk about Mrs Jordan and Pepys – "I’d better stop there," she said smiling, "otherwise I’ll just list all of my books."

Heading out of Manchester Town Hall into the chill evening, I find myself surrounded by couples clucking to themselves about what a pleasant evening they’d had. "I could listen to her talk about Dickens all evening," a lady I passed on the stairs said to her elderly husband. I couldn’t help but nod and agree.

Peter Wild is an author and the editor of Bookmunch.
Posted by MLF Blog at 5:00 PM