Two is the magic number 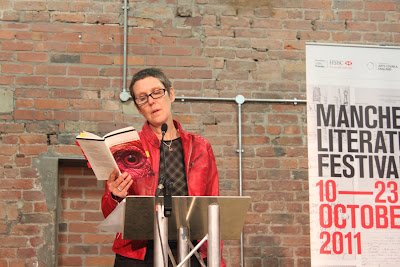 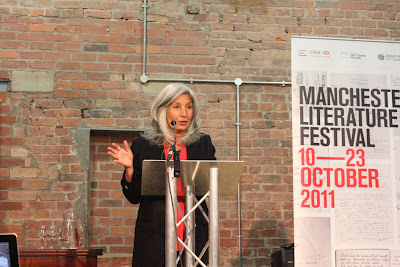 We’re hardly a stone’s throw from the frustrated velocities of Oxford Road, but we could be a country mile. The International Anthony Burgess Foundation stands slightly to one side of the hectic artery, yet has a proudly beating heart just the same.

It’s an ideal spot in which to pay attention, and the two poets reading from their latest collections tonight reward such attention. They make audible the words they have committed to paper, give voice to their voices.

Of the two, Carola Luther grants the listener more space for inexact comparison. She reads with a growing confidence from Arguing With Malarchy, and, like a medium you might believe in, raises shades that resemble Beckett, Joyce or Eliot. The words resonate with exactitude, but they limn the inexact. Even a piece with the prosaic title, Travelling With Chickens seems shot through with the eerie precariousness of time and place.

Mimi Khalvati, in contrast, reading from Child: New And Selected Poems is less uncanny. Whereas Carola’s poetry slips the tethers of the material world, Mimi’s captures it in a Polaroid precision. In her pieces, the terrors of, for example, her lonely two-year-old self, have the same solidity as the elephant gewgaws of motherhood. Her works seem the more clearly autobiographical, drawing upon both her Iranian and British heritage with confidence, rather than confusion. This rings out in her reading, all warm tones and easy smiles.

Both are warmly applauded, and each speaks affectionately of the other. To favour either, when both are so accomplished seems somehow gauche, yet paradoxically, I feel that Carola’s allusiveness will continue to haunt me the longer once I have consigned myself again to Oxford Road’s all too concrete realities.

Desmond Bullen is working diligently towards his next rejection letter from the BBC.
Posted by MLF Blog at 2:30 PM