All Wells and good 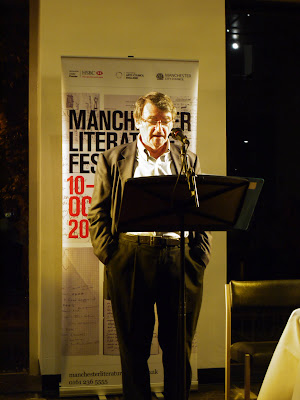 I had always thought that HG Wells was just this bloke who wrote some books and once said something a tad unfortunate about eugenics. But it appears there was more to him than just War Of The Worlds and The Time Machine (the film version of which featured Samantha Mumba. Remember her? I’ve just Wikipedia-ed her and she had more hits than you think. And she once dated Sisqo. Who did Thong Song. Remember? No? What? I’m getting distracted? HG Wells? Oh, yes. Right. HG Wells. Sorry.).

It turns out that apart from being a writer and thinker, ol’ HG was something of a card as well (or "player", to use the modern vernacular). In fact, so long was the list of his love affairs and casual conquests that David Lodge gave as examples of Wells’ behaviour that I was surprised he had the energy to even pick up a pen, let alone write over a hundred books.

Wells was, I suppose, the Sisqo of his day. Both masters of the written word (compare Wells’ “Yet so vain is man and so blinded by his vanity...” to Sisqo’s “I like it when the beat goes da na da na”), both most happy when “dat dress so scandalous”. It is in no way hyperbole to suggest that if your family was based in South London between 1866 and 1946, chances are you are related to HG Wells. That man really did love “that thong th-thong thong thong”.

David Lodge, in his new biographical novel, A Man Of Parts, uses Wells’ love life as a framing mechanism to tell his story. He explained how while writing a biographical novel has the advantages for the author of relieving him of the duty of making up a story, and giving him the readers' belief (which, he points out, is particularly useful with someone like Wells, whose life was so unusual), it presents him with one major problem: that of finding a “novel-shaped story” within somebody’s life. Wells’ women provide this novel-shaped story because there are so many repeating motifs (two sexless marriages, two affairs with brilliant undergraduates, two lovers with young suitors that they would eventually marry, many affairs with women novelists and essayists), which allowed Lodge to create patterns within the text, and create fact in the guise of fiction.

Lodge’s talk was, perhaps unsurprisingly given his background in education, effectively a lecture on the genre of biographical fiction interspersed with readings from his new novel. Put simply, it was rather brilliant; a highlight of what has been a vintage year for the Manchester Literature Festival. It is not often one gets such an insightful look into how a writer approaches his work, or what a respected critic thinks a genre, such as the biographical novel, should and should not strive for.

Lodge is an engaging and generous host, giving long and thoughtful answers to questions posed by the crowd. Asked how he felt about the possibility that in the future his own life might become the material for a novel, he laughed, and admitted that he would hate it, and that Wells would probably hate his own book. “A contradictory answer,” he smiles, “but then, novelists are contradictory.”

Benjamin Judge's blog, Who The Fudge Is Benjamin Judge?, was joint winner in the Manchester Blog Awards 2011 in the Best Writing On A Blog category, and he is also one of the five winners of The Real Story competition.
Posted by MLF Blog at 4:45 PM