Each week, a writer from Manchester lets us know which of this year's MLF events they've circled in red in the programme.

Conrad Williams is the author of seven novels, including The Unblemished (winner of the International Horror Guild Award) and One (winner of the British Fantasy Award). He has also written four novellas including The Scalding Rooms, which beat his own Rain to the British Fantasy Award in 2008. He has around 100 short stories to his name, some of which are collected in Use Once Then Destroy and, forthcoming from PS Publishing, Open Heart Surgery. As Nuala Deuel, he ghost-wrote Princess Spider: True Confessions Of A Dominatrix, which was translated into German and Italian. He lives in Manchester with his wife, three sons and a big Maine Coon. His latest novel is Loss Of Separation. Find out more here. 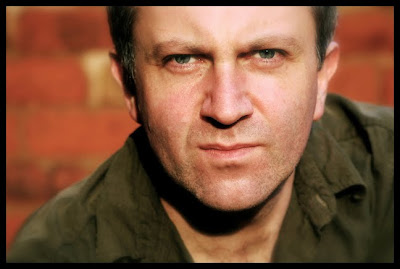 I'm looking forward to a number of events at this year's MLF. Chief among them is Crime In A Cold Climate. I'm a fan of Henning Mankel anyway, but it's interesting how Scandinavian crime fiction has gone critical over the past five years or so. Perhaps the wilderness, the geographical (and human) isolation and the glacial pace of much of that milieu is a reaction to the fast cuts of American crime fiction that has been part of our staple diet recently, in books as well as on TV. Having published my first crime novel last year (Blonde On A Stick), I'm keen to keep track of the current trends in that genre, and see which new writers to keep an eye on.

I'm also keen to attend the Literary Reputations event concerning Katherine Mansfield, whose short stories I'm a big fan of (I'd have to say Feuille d'Album is my favourite). Though the words a writer dedicates to the page are the most important thing, it's always interesting to find out a little more about a writer's life and Kathleen Jones promises an absorbing evening. At the end of it, I'm sure I'll be scurrying back to my copies of The Garden Party and Bliss.

Over the past year my sons have become ravenous, independent readers which is a joy to see in this modern world where there are countless bright, shiny, electronic things trying to grab their attention. As a treat for them, I think I'll take them along to see Francesca Simon (they both love Horrid Henry) and the launch of her new novel, The Sleeping Army, which sounds just their kind of thing.

For full details of all events at MLF 2011 and how to book, visit the website at www.manchesterliteraturefestival.co.uk
Posted by MLF Blog at 12:28 PM