The evolution of a scientist: Ruth Padel at The Manchester Museum 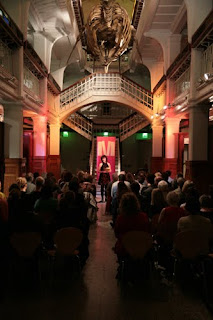 Much has been written about Ruth Padel of late. The poet who claimed the coveted Oxford Professor Of Poetry title had little time to celebrate her new job: just days into the role, a media storm broke. She was accused of mustering a smear campaign against her nearest rival for the post, Derek Walcott, and forced to resign.

After such a public furore, many would have scuttled off to lick their wounds in solitude. But Padel, like her great-great-grandfather, is clearly made of sterner stuff. Within days of announcing her resignation in May, she stepped out at the Hay Festival to read Survival Of The Fittest, a poem from her latest book, Darwin: A Life In Poems. The wicked irony of the poem’s title surely wasn’t lost on anyone. 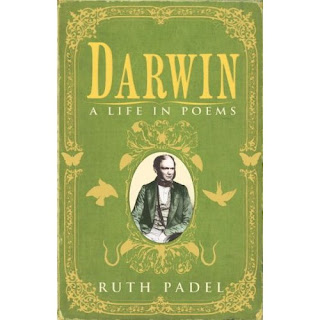 It is from this book that Padel takes her readings at The Manchester Museum tonight. A cross between historical record, social documentary and family memoir (Charles Darwin is the great-great-grandfather in question), Padel’s book of poetry, which mixes her words with Darwin’s own, is easily so absorbing that any question about what did or didn’t happen at Oxford earlier this year fades into an irrelevance.

In some ways, Darwin: A Life In Poems does what it says on the tin. But rather than simply retell the scientific story, Padel reveals the emotional side to a man whose career was shaped by the women in his life: his mother; his daughter, Annie, and, above all, his beloved wife, Emma.

So we hear that Darwin began collecting things as a young boy in response to his mother’s death. Collecting, Padel tells us, can be used ‘to assert control over what is unbearable’. It is a ‘system against loss’, something that Darwin would cling to as he began to develop the theory of evolution by natural selection – and to comprehend what the survival of the fittest really meant. If ‘the fit will be preserved’, he realises with horror, it means the weak – sick children such as ten-year-old Annie – will not and cannot survive. And as Darwin’s evolutionary work developed, Padel tells us that his belief in the afterlife withered. Although Emma continues to hope ‘for reunion after death’, Darwin does not; in notes found after his death, he writes, ‘When I am dead, know I have kissed and cried over this, many times’.

Padel herself is an assured and confident reader. She knows her stuff when it comes to Darwin’s biography and demonstrates a frightening grasp of the subject matter that both fascinated and tormented the scientist (she’s a Fellow of The Zoological Society Of London, and it shows). She approves of the venue: the Museum’s mammals hall – stuffed with animals that are themselves stuffed and imprisoned within Victorian glass boxes – is a fitting setting in which to hear the words of a man who spent his life similarly collecting animals, insects, flora and fauna. And the Museum is in the midst of a Darwin ‘festival’ that marks the 200th anniversary of the birth of the scientist; several times, Padel encourages us to visit the photography show that features the same South American landscape recorded in Darwin’s The Voyage Of The Beagle.

Padel rounds up by describing the reaction to Darwin’s publication of On The Origin Of Species. Within a year, she tells us, the Church Of England had accepted Darwin’s theory, with one fan even expressing delight in moving from a belief that God made the world in seven days to one where ‘God makes the world make itself’. Which is a neat way to end the reading, demonstrating just how skilled at intellectual evolution us humans are – we’re all too adept at retrofitting new ideas into old and flawed arguments.

Susie Stubbs is the editor of creativetourist.com and also writes Travels With My Baby, which won Blog Of The Year at the 2008 Manchester Blog Awards.
Posted by MLF Blog at 1:03 PM

diziizleyelim said...
This comment has been removed by a blog administrator.
December 17, 2009 at 8:45 PM