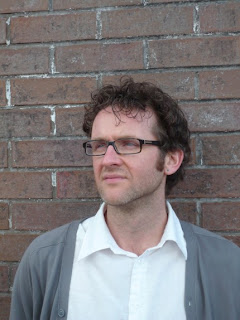 23rd October
With Manchester Art Gallery’s collection comprising some 25,000 items spanning 600 years of culture, there is plenty of inspiration to be found at the Mosley Street venue. Saturday’s event saw students of the University of Manchester’s Centre for New Writing presenting poetry and stories responding to paintings and objects located in four of the Gallery’s impressive rooms.
Simon Haworth gave the first reading of the hour-long morning tour. Responding to Dutch Baroque painter Quirijn van Brekelenkam’s Interior with a Lady Choosing Fish (1664), his poem eloquently conveyed the imagined thoughts of a woman depicted in the domestic scene. Simon’s original poem was accompanied by a reading and synopsis of the verse of Northern Irish poet Derek Mahon, a source of particular influence in his studies.
Moving from the 17th Century into the Pre-Raphaelite Gallery, there were prose contributions from Reshma Ruia and Beth Daley in response to John Frederick Lewis’s The Coffee Bearer (1857) and John Everett Millais’s Autumn Leaves (1856). Reshma told a bold tale in language of biblical expressiveness, weaving an account of an incident in the life of the coffee bearer into the story of the Crucifixion. Kate’s piece centred on the imagined dialogue between the four girls shown in Millais’s sombre, supernatural painting. Drawing on the girls’ apparent isolation from each other, Kate provided an interesting viewpoint on a scene interpreted as contemplating the transience of youth.
Sarah Corbett’s poem responded to the curious yet affectionately-crafted dollhouse, or rather ‘frog house’, forming part of the Mary Greg Collection in the Gallery of Craft and Design. As the Gallery guide explains, Greg appears to have been a compulsive collector, and Sarah interpreted the labour of love that was creating the bizarre diorama, made using real frogs, as a poem told from the perspective of Greg’s husband. Veronica Turiano’s story responded to the nearby Theatre of Life creation. With a poignant air of innocence, her narrative considered the nature of mortality through a child’s conversation with her grandfather, a relationship that Veronica had wished to write about for some time before the Art Gallery activity gave her a specific focus.
Wrapping up the tour in the Modern and Contemporary Gallery, Nicholas Murgatroyd’s story centred on the power, projection and perception of loneliness. In a tale of creeping menace, at the point of conclusion the ill-fated protagonist disappears into one of Spanish artist Juan Muñoz’s uncomfortably appealing Blotter Figures. This was an appropriate story with which to end the session, as much of it replicated the listener’s experience of a visit to Manchester Art Gallery.
Seeking not simply to describe an object or scene illustrated in a painting, through their poetry and fiction all six student writers succeeded in establishing fascinating narratives. Enabling members of the public to talk with them in the presence of their subject artworks made for a very engaging tour. Indeed, it would have been a pleasure to spend an entire afternoon in the company of the talented and inventive apprentices of the Centre for New Writing.
by David Stedman
David studied English language and literature at the University of Manchester. He is a regular contributor to Manchester’s CityLifers music website.
Posted by MLF Blog at 11:29 AM