In our third new regular slot to whet your whistle for Manchester Literature Festival, we've asked some of the writers involved in this year's events to share with us their favourite reads and an insight into their own writing.

First to step up to the mark is short story writer and novelist Nicholas Royle. Nicholas is one of the judges of the Manchester Fiction Prize and will be reading some of his work at the special prize-giving gala on Friday 14th October. Nicholas Royle's latest novel is Regicide (Solaris). He has also edited The Best British Short Stories 2011 (Salt) and Murmurations: An Anthology Of Uncanny Stories About Birds (Two Ravens Press). 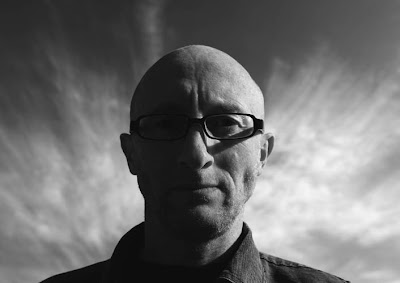 MLF: What are you reading right now?
NR: A Cruel Bird Came To The Nest And Looked In by Magnus Mills, and at least a third of the 1,500 or so short stories entered for the Manchester Fiction Prize.

MLF: Who would you cite as your biggest influence, be they another writer, an artist, a musician, a Premier League footballer…
NR: Derek Marlowe. The English novelist and screenwriter flitted between various genres, never really settling in any one of them, so no one knows what to call him. Was he a crime writer? Did he write thrillers? Was he a mainstream novelist? He was just a writer – my favourite of all time. He did his own thing, and therefore, of course, ended up out of print and forgotten.

MLF: Which events in this year’s MLF programme are must-sees for you?
NR: Well, if I fail to turn up at the gala prize-giving event for the Manchester Fiction Prize, I should probably start looking for a new job.

MLF: Tell us about what you’re working on at the moment.
NR: A short story about a man who wakes up with no head. It's taking me rather a long time, proving a bit of a headache.

For full details of all events at MLF 2011 and how to book, visit the website at www.manchesterliteraturefestival.co.uk
Posted by MLF Blog at 12:27 PM