Spare the axe and spoil the arts? 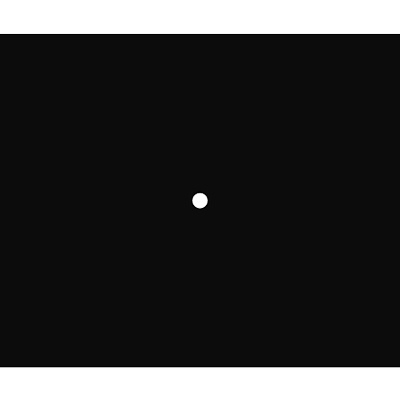 Tuning into the media has become a very nerve-racking affair – who knows what public body will have been culled today as part of the Coalition’s austerity measures. Arts Council England have been asked to budget for a 25 – 30% cut in revenue over the next 4 years – a cut that will inevitably be passed onto arts organisations such as Manchester Literature Festival. This will of course severely hamper our ability to develop the festival’s imaginative programme: bringing leading international authors to Manchester, commissioning and showcasing innovative new literature from the region and beyond, and inspiring readers young and old.

I know, I know, we’re living through challenging times (let’s not get sidetracked by who’s responsible) and you’re probably thinking, are the arts such a big priority when health, education and welfare are also up against the wall? Well, yes, I think they are. In hard times we need the life-affirming nourishment provided by arts and culture more than ever to help combat creeping despair.

The quality of my life would seriously deteriorate without recourse to good poetry and literary fiction – it’s where I turn to make sense of things, to find a way to articulate complex emotions, to tap into a deeper consciousness. It’s hard to describe that feeling you can get from creative engagement, whether it’s through reading, writing or experiencing a live event, but these lines from a Boris Pasternak poem say it for me: “light, it seemed, would soon/ Flood even those corners of reason/ Where now it is bright as noon.” I fear that if the government wields the axe on arts subsidies those moments of illumination will soon be encroached by darkness.

I’ve heard it said that writers will continue to write, artists will continue to create art, with or without public subsidy – it’s part of their DNA. Maybe so, but how much of it will ever reach an audience? Without the support of independent publishers, literature festivals and writing development organisations to nurture emerging talent, provide publishing and commissioning opportunities, and bring new writers (especially those without the privilege of family/establishment connections) to the attention of an interested audience, how will emerging literature continue to thrive in this country?

I’ve also heard it said that art/writing should be able to survive in the marketplace and that we shouldn’t waste public money subsidising minority interests. Responses to recent media articles, such as Mark Ravenhill’s piece in the Guardian, dispiritingly suggest that some members of the public believe that sparing the axe will in fact spoil the arts! But who wants to live on an unadulterated diet of Dan Brown blockbusters and Andrew Lloyd Webber musicals? More public choice seems to be the flavour of the day, so let’s apply that to the arts as well. Some art will never have mass appeal, and some art endures despite the fickleness of fashion. If Shakespeare were alive today, he may well be making a modest living as a playwright, but would he make it as a poet without arts subsidy? It’s arguable that his sonnets would never have been written without the generous patronage of one Henry Wriothsley, Earl of Southampton.

The culture secretary Jeremy Hunt is proposing that private philanthropy should help breach the gap in public spending. Whilst I’m all in favour of rich individuals and corporate businesses investing more of their profits in the arts, it is extremely unlikely that they will ever replace the contribution made by the Arts Council (especially in times of economic downturn) and, more worryingly, do we really want trained professionals to be replaced by hobby-horse enthusiasts as the arbiters of arts funding?

Over the past fifteen years or so, public subsidy has seen the arts and cultural industries flourish as never before – generating a 200% return on investment through private and commercial sources. The annual cost of British arts subsidy is £0.47bn – roughly 0.07% of public spending, equating to 17p per person per week, and literature’s share of this is so tiny (less than 2%) it probably equates to 5 loaves and 2 fishes per town. It’s such a drop in the debt ocean that, as Daniel Bye points out in a recent Guardian blog, it makes no business sense for the government to cut the arts.

A stepped increase in Arts Council investment over the past 3 years has enabled Manchester Literature Festival to firmly establish itself as a popular and distinctive event in the UK’s literary calendar, doubling our audience for live events to over 6000 people, and attracting hundreds of inspirational novelists and poets, including Martin Amis, Margaret Atwood, William Boyd, Eoin Colfer, Bernard Cornwell, Roddy Doyle, Carol Ann Duffy, Seamus Heaney, Linton Kwesi Johnson and Fay Weldon. We’ve also showcased the hottest new talent from the region, provided opportunities for writers to experiment with new media in the production and presentation of their work, and worked in partnership with schools, universities and community groups to programme an exciting range of educational and participatory activities for people of all ages and social backgrounds.

To celebrate our fifth anniversary, MLF is launching some unique literature commissions, including the Manchester Sermon (to be delivered by Jeanette Winterson at Manchester Cathedral) and the Manchester Translation (the first translation into English of a short story by acclaimed Chinese author Ding Liying), and will be presenting our biggest and most ambitious programme to date from 14th – 25th October 2010. (Please see our website for full details.)

Everyone at MLF is fully committed to the future development of the festival, and we have big plans to develop more commissions and opportunities for audiences to participate creatively in festival activities. But without adequate and sustained public subsidy this will be mission impossible. So what can you do to help MLF and keep the light flooding into those corners of reason threatened by the shadow of a big axe? Well, here are 5 suggestions:

(1) Write to your local MP and let him/her know that you have concerns over the effect that cuts to arts subsidy will have on organisations such as Manchester Literature Festival. You can find their contact details at www.parliament.uk if they’re not already in your address book.

(2) Respond to the Commons Committee inquiry into The Funding of the Arts and Heritage and let them know how vital the arts are to your quality of life.

(3) Let us know how much and why you appreciate the work of Manchester Literature Festival so we can use it in our own responses to government consultations.

(4) In charitable spirit you can make a donation to Manchester Literature Festival’s 5th Birthday Appeal through our secure online facility, administered by the Charity Service.

(5) Book tickets for some of this year’s festival events and buy more books (especially from Independent publishers) so we can all become a little less reliant on public subsidy.