Here in the Festival office, we're really excited about Manchester Letters, one of our new commissions for 2012. We officially launched this literary penpal project three weeks ago and, since then, three missives have been published on the Manchester Letters website, with a further nine to follow in coming months. We'll be announcing when new letters appear via Twitter and Facebook, so be sure to follow us, and feel free to contribute your own observations using the comment facility on the website.

The project sees two authors - the UK's Jenn Ashworth and Turkey's Nermin Yildirim - writing to each other and discussing their working processes and work in progress. The pair will then get together, first at the Istanbul Tanpinar Literature Festival on 1 October and then at Manchester Literature Festival on 20 October, and read some of their latest fiction and chat about how their different backgrounds and locations might determine their creative output. Jenn’s novels, A Kind Of Intimacy, Cold Light and the upcoming The Friday Gospels, are all set in Lancashire, while Nermin’s debut, The Forget-Me-Not Building, delves into Turkish history.

Here are some extracts from the first two letters, followed by an interview with Jenn Ashworth.

JENN: "I don’t get, I think, as much time as I would like to write. Is it like that for you, too? I do a lot of thinking as I drive up the motorway up and down the M6 from Preston where I live, to Lancaster, where I work. It’s often raining and the windscreen wipers are going like the clappers and planning out the next bit of writing I am going to do stops me from falling asleep!"

NERMIN: "Just like you writing in the car, I tried my luck in every little spot I could find where I was able to find refuge and be alone. Being someone who is easily disturbed by any kind of noise, I preferred quiet places whenever possible. For example, I have never been someone who is able to write in a café or something." 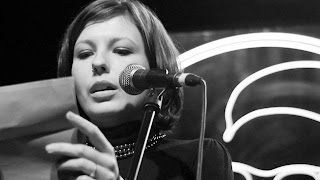 MLF: Could you describe how the Manchester Letters project works?

JA: Nermin and I are writing to each other over the summer - six times each, in advance of meeting up during the project's culmination in October. My letters are translated into Turkish, and Nermin's are translated into English, and then they're posted on the Manchester Letters website in the form of a blog. The first three letters are already there - the next one will be posted shortly, I think. I kicked it off, she replied, and then I replied. I'm waiting for her third letter to be translated now.

MLF: Why did you decide to get involved, and how did you hook up with Nermin?
JA: I was introduced to Nermin before the project started, and part of the reason I wanted to get involved was because I was interested in her - we seemed, on paper, very similar - both had written since we were children, both at a similar stage in our careers, both novelists - and even some of the themes we tackle in our work - silences, nostalgia, etc - are similar. And I guess I really wanted to explore how we might be different from each other too, and what part of that difference would be down to language, and culture. Or not. We're only two letters in and I feel like I've found a friend already. I can't lie, either - the chance to go and explore Istanbul and Hatay with the ITEF-Istanbul Tanpinar Literature Festival was a great temptation! I haven't travelled much, most of my work is very place-based, and the place has always been Lancashire. It's roasting hot in Turkey - how could I resist?

MLF: How are you finding the process of writing letters? Do you adopt a different approach to writing your novels, short stories and, previously, blog?
JA: I went first - and that was very hard. At that point I knew a little bit about Nermin and her work, and the brief for the project, but writing that first letter was tricky. I send emails to people I don't know all the time, but the fact that I knew this letter was going to be translated, and published on a website, gave me a little bit of stage fright. It was a tenative hand-reach out to a potential friend, and a piece of performance all at once. Of course you need to think about that when you write fiction too - the privacy and intimacy of what goes on between you and your characters, you and your reader - and the performance - the drama - of publication. In some ways it is similar in a way I didn't really expect it to be. Like blogging for an audience of one.

MLF: This year's Festival programme includes quite a lot of work translated from various other languages, but how are you finding communicating with someone in Turkey - does anything get lost in translation, and, if so, does this matter?
JA: As I've said - we're early on in the project right now and perhaps you can ask me again once we've sent a few more letters. But right now, I am feeling a pressure to get rid of 'Northernisms' and anything non-standard about my language that might make me difficult to translate, or difficult to understand for someone who's learned English as a second language. And when I wrote that version and read it over, it sounded terrible. Not like me at all. So I decided just to go for it, and use expressions like 'going like the clappers' and 'full head of steam' if they seemed natural to me. I'd love to hear what a translator made of that. Sadly, as I don't have any Turkish, I don't suppose I'll ever know.

MLF: Did you have a penpal when you were younger? How are you finding having a penpal as an adult?
JA: I never had a penpal when I was younger, but, of course, like most people my age, I use Twitter and Facebook and email to keep in touch with friends. I have friends now that I have never met - ones I communicate with only by email, or on Twitter, or on writing forums. And I have many 'real life' friends who started out as Twitter friends. It doesn't seem so much of a strange thing for me any more - but it's only when I look back to how small my circle of friends was when I was much younger that I realise how odd it can be to feel close to friends you've never met. And there's a flipside to that too. There's a difference between a chat in a pub, and a string of emails. I think I'm much more careful about what I write rather than what I say - because you've never really just got an audience of one - those things can escape, and I can never quite let myself forget that.
Posted by MLF Blog at 5:26 PM