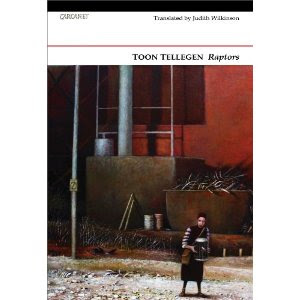 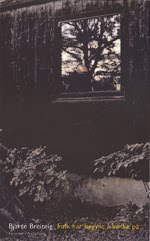 Digital Marketing Assistant Sarah-Clare Conlon introduces the first of a new series of blog posts in which Manchester Literature Festival staff members look at some of the themes of this year's massively varied programme.

The strong strand of modern European writing has really caught my eye at Manchester Literature Festival this year. I'm a huge fan of short fiction, so the European Short Stories event (Tuesday 18 October, 6pm, International Anthony Burgess Foundation, £5/£3 concs) has found itself firmly at the top of my list of must-sees. I'm looking forward to hearing the work of Norwegian writer Bjarte Breiteig, who has three critically acclaimed collections under his belt. One of my favourite short novels is Naive. Super by Trondheim-born Erlend Loe, so I'm interested to compare the styles and themes coming out of Norway. For this evening, Breiteig is joined by Thijs de Boer, a rising star on the literary scene in the Netherlands. His first short story collection, Birds That Eat Meat (Vogels Die Vlees Eten), is described as "one of the great literary surprises of the year" and was shortlisted for this year's Dutch/Belgian Youth Literature Award, so this promises to be a real treat.

The day before sees Crime In A Cold Climate (Monday 17 October, 7.30pm, International Anthony Burgess Foundation, £5/£3 concs). Nordic crime writing is big business following the successes of Swedish authors Henning Mankell (whose character Kurt Wallander crops up on TV in both English and Swedish) and Stieg Larsson (The Girl With The Dragon Tattoo, The Girl Who Played with Fire, The Girl Who Kicked The Hornets' Nest), and Icelandic author Arnaldur Indriðason, whose novel Tainted Love was made into the film Jar City. Barry Forshaw, author of Death In A Cold Climte: Scandinavian Crime Fiction will be chatting about the genre to K O Dahl, Thomas Enger and Yrsa Sigurdardottir, who will also read from their most recent work.

For full details of all events at MLF 2011 and how to book, visit the website at www.manchesterliteraturefestival.co.uk